These are handful people among our thousands of happy customer from over 25 years running trip in the Himalayas. 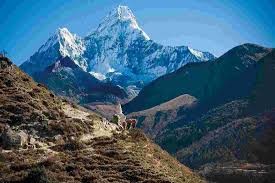 I recently completed a 2 week trek to the Annapurna region accompanied by my wife and another couple whom we are best friends with. When we decide to do the trip my wife had a recommendation to go with this company and even though i don't know you im giving you that same tip, no need to thank me.
Shreehari is the tour operator and i found him an especially good person to not only personally but professionally as well. Once we were on the trip our guide Goku was what i was looking for, a great sense of humor and an experienced professional. I have thanked them personally but i would like to make it public my gratitude for our porters Tika and Kamal whom not only did a great job but who were a pleasure to be around.
I wouldn't say that its a must to use a trekking company but if you do ill say it again im recommending this one.

Great trek and fantastic people. Cannot recommend these guys enough, we picked the company off TripAdvisor because of their rating. From the word go, the exact price including what was included in the total price and what we had to pay for was explained. Very professional, honest and trust worthy. Our trek was pretty remote and we had to have a guide, which was part of the permit deal, unlike Everest base camp and Annapurna treks.

Our guide Nima a local of the area, was brilliant, telling us about the local culture, and supportive, keeping us right, especially above the 4000m mark.

The teahouses were pretty decent considering where we were. The chosen tea houses appeared to be the best in each village. And all under 4000m had really decent options other that just dal baht.

There were very few fellow trekkers on this trek (and not WiFi or phone coverage) which was pretty magic. However all of them appeared to have significantly more for their trips than us.

Word of advice go with a reputable Nepalese company. All the European, UK, US and Aus/NZ companies outsource to them but charge you thousands extra for the privilege!
Thank you Shree for the great trip!

Happened to make a short 5 day trip to Nepal and while taking with Shree at Trekking Team office, we changed our mind to do some adventure sports. So we choose Bungee jump and swing & we could not have been happier.

Extremely professional and hospitable people they carefully explain all activities and after that it is upto you to sign up for as many. It is complete value for money as a day trip to this place, which is a 3 hour drive from kathmandu includes a pickup and drop from kathmandu to the resort and lunch. Staying there is an even better option as they have well kept tents, covered with a roof to protect it from the elements. And all of it is complete value for money.

We did the bungee jump and the canyon swing, which is done on the suspension bridge across the gorge. Run by professionals, they carefully explain the entire process and the staff is extremely polite and helpful and do a thorough job of ensuring you get the best experience. They claim it is the 3rd highest bungee jump in the world, though I cannot verify that. Overall my first bungee jump experience was beyond words and I could not have asked for a better setting. 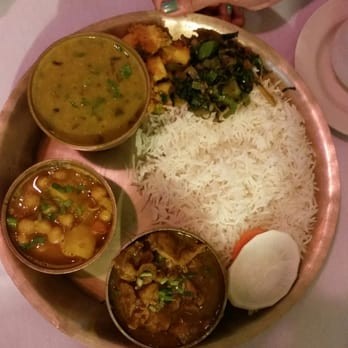 We, three girls from different countries met on a Nepal trek. After the trip, we had 1 full day free time so didn't know what to do as we had already seen the sights of Kathmandu. We came across Trekking Team Group and met shree. Knowing our thoughts he instantly offered us cooking class where we can cook momo. We agreed on his suggestion and went with Bir ( one of his guide) to the market to buy all the ingredients. It was fun to buy with Nepali farmer and even learned to bargain. After this we took a taxi and went shree's house.

We cut vegetable and made ready to make Momo. The first few momo was so funny that we laughed to ourselves but shree's wife encouraged us to make it even better and finally we made quite ok.
We used same momo for our lunch and we could eat as much as we can. It was so delicious better than we had on our trek.We had lots of fun, laugh and experience which we will never forget.

Thanks shree for a wonderful day! We will recommend anyone to take this course if they have day off. 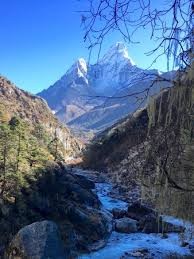 We did Mt.Everest base camp and Island Peak over 14days. Good and very experienced guides. Climbing guides had been on Mt.Everest 8 times. Very focused on safety. Base camp Island Peak impressed me with amazing food & service.Will come back soon with other group! 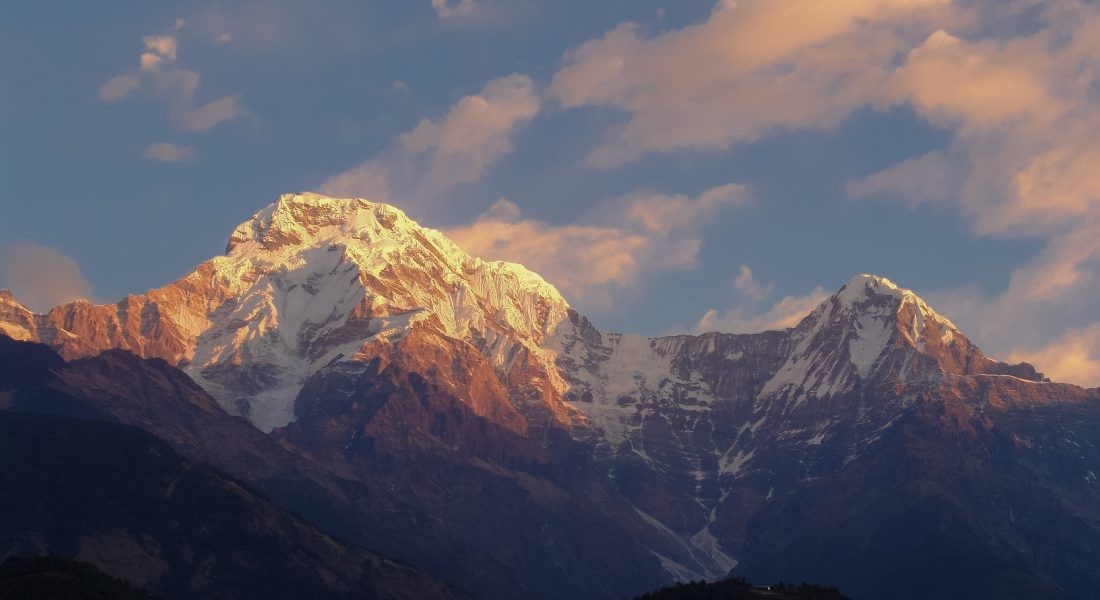 After such an incredible previous experience trekking with my wife and Trekking Team Group, it was an easy decision to engage the professional team once again for a 19-day High Passes of Everest trek for a mate and I. As we had booked our trek post the heartbreaking earthquakes we were somewhat concerned about the extent of the devastation, us being a burden on the Nepalese people and of course our own safety. Thankfully our concerns were allayed. Yes, there was significant damage to many buildings on our trekking route but these are being repaired – the sound of hammers clinking continues from sunrise to sundown. The Nepalese people are getting on with their daily lives – the mountain people are very resilient. And, importantly, the Nepalese people are extremely happy to have tourists returning to the trails – many rely on the tourism industry to make a living.

In terms of safety, we couldn’t have been in safer hands with our knowledgeable guide Arjun, attentive porter Yokumar and the Trekking Team Group support crew back in Kathmandu. Given the impact of the earthquakes on the region and the reduced level of traffic on our selected route the team spent time each day chatting to the locals about the paths ahead and the possibility of accommodation – so we knew roughly what to expect and ensured our safe journey. For those aspects of the route the team considered unsafe we altered our trek and took an alternative route. The team truly regards safety as their paramount principle.

My mate and I had an amazing trek spending time with the beautiful Nepalese people, absorbing the breathtaking mountainous scenery, walking the tranquil forests and valleys and of course breaking ourselves over and over again as we made our way up the mountains… but it is so worth it.

If you are hesitant in travelling to Nepal post the earthquakes please for your own sanity and for the good of the Nepalese people please do make the journey. Like us you will not regret it. I also would highly recommend you engage Trekking Team Group to plan and guide your trek – they are knowledgeable, trustworthy and will ensure a safe, once in a lifetime experience.

Had an amazing trip with Trekking Team Group! Program was 14 days with Everest Basecamp, Kala Pattar and Island Peak on the program.

The guide, Arjion haf 18 years of experience and did his job very well! Carefully planned with enough time for aclimitizing.

I really recommend this company, and would use it myself again if coming to Nepal to hike/climb! 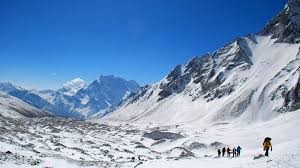 My first time in Nepal, June 2015. Got very good recommendation for this agency from a cousin of mine. We did almost three weeks long trek in Solokhumbu area including Island Peak summit. All the paperwork done by Trekking Team Group. The agency was amazingly fast and efficient. We sent them money ahead, which was good decision, since we only needed to spend a few hours in KTM (arrived Sunday evening, left Monday morning!) thanks to this. After our arrival, we were picked up at the airport, taken to the office where our permits, garbage deposits, Lukla air tickets etc. were ready for pick up. No waiting time, no problems, no worries, no excessive unnecessary expenses, very professional. After we got back they took care of our return flight reconfirmation and within a few minutes arranged us a daylong trip aroung KTM valley for price (for the car with the driver) better than we were able to negotiate with taxi drivers.

Absolute satisfaction, definitely will work with this agency next time again.
Nepal is safe after earthquake so no need to worry to visit this beautiful country..

I was many times in Nepal and I always used the service of Trekking Team Group.

I can only recommend.

I know from other travellers that not always is the service on the right level.
If you travel to Nepal you meet every day smaller or bigger problem but the staff from Trekking Team Group always solved it really professional.