Destination wedding on Everest Base Camp 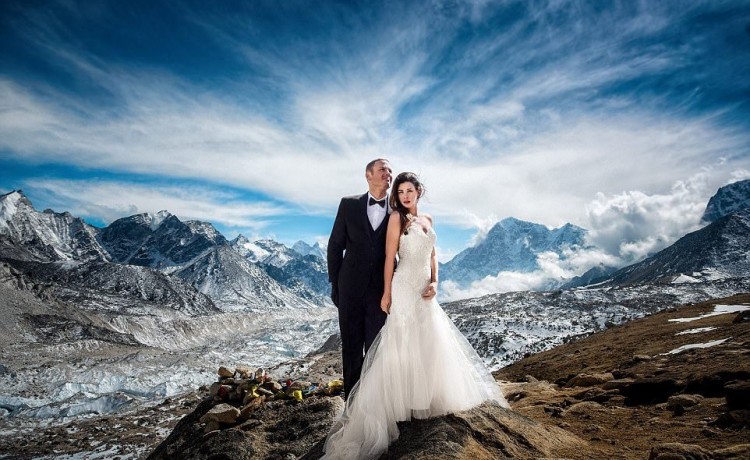 We have heard regarding destination weddings — from pristine beaches in Hawaii to a royal wedding at Udaipur’s Hawa Mahal. However, have you ever heard about the ‘adventure’ destination wedding? If you have not then check out the newest trend which has been flowing like a storm in social media. And it is not just concerning about an adventurous couple who went the additional mile to make their wedding not only special but uncommon — it’s also about the equally crazy photographers. Yes, people who attend the couple and take the daring couple’s precious moments in most risky locations around the world. How about getting married in Mt Mount Everest — nothing on earth can high that, right?

So, a travel addict couple trekked all the way to an Everest base camp to exchange oath and tie the knot! and therefore the photos are exciting in each sense. 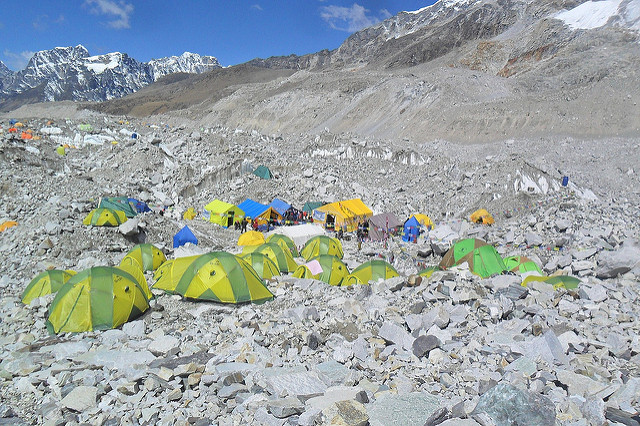 Why are trekkers interested to make EBC for the destination wedding?

On March 16, 2017, the history was made by 35-year-old James Sissom and 32-year-old Ashley Schmieder. They got married on that day on the lap of Mt. Everest 17,000 feet above sea level. Because of their marriage, most of the climber wants to do the same. And most importantly you will get stunning photograph there. If you hire a good photographer then your special moment will be more than special and every special moment will be captured very beautifully. Getting married is not a big deal but doing something new, adventurous and exciting is a big deal. So that the trend was started by James and Ashley, now many climber couples are interested to do the same. Most of the trekkers were attracted by the idea of making EBC the destination wedding place. But most of the others were attracted by the stunning photograph of James and Ashley. 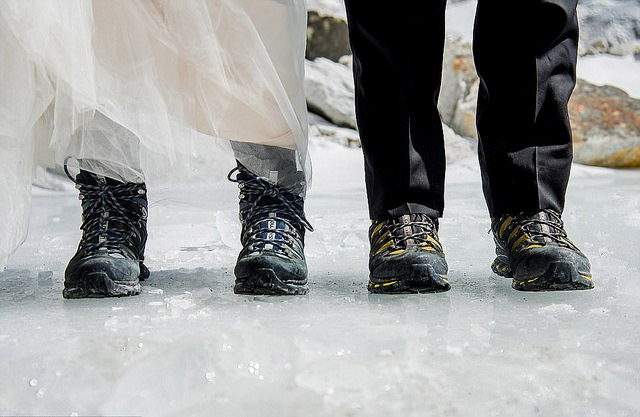 The route to trek EBC for Destination Wedding

First of all, you will arrive at Kathmandu international airport if you are from another country. After completing all the formalities from the government to get the permit to climb Mt.Everest. Now travel from Kathmandu to Lukla. There you can stay at the lodge and get native food. After that for the next day Lukla to Namche Bazaar where the groom and bridge can do some facial, saving and other. You can also take a short tour around the bazaar. From Namche to Tengboche and again Tengboche to Kalapathar. You can also take some pictures at Kalapathar showing the Mt. Everest on your backside. If the weather is good then your pictures will be best. At last on the lap of Sagarmatha, where you exchange ring, promises, and vow.

After that, if you want to trek back then the same root will be ok. But if you don't want then the helicopter will be there to pick you which you have to decide before trekking.