The jewel of the Himalayas, Ama Dablam 6,856m (22,494ft) is the most beautiful alpine rock climb of its kind and is considered one of the range's most spectacular ascents in the world. The aesthetic quality of the climbing in combination with the exposed, picturesque camps and the grandeur of the summit views render a nearly incomparable high-altitude rock experience. It is located the heart of Everest's Khumbu region, it lies directly above Tengboche Monastery on the well-worn path to Everest Base Camp and is admired by thousands of trekkers and climbers every year. This expedition offers a superb, technical climbing experience in a magnificent setting, with numerous cultural and scenic diversions. Ama Dablam climb is the classic southwest ridge, an alpine climber's dream route with its ice faces and steep, clean rock in a spectacular Himalayan setting. From Ama Dablam's summit, four of the world's highest peaks are visible in a spectacular panorama: Cho Oyu, Lhotse, Everest, and Makalu. The striking Ama Dablam is the most recognized mountain in the region and is certainly one of the most coveted summits for Himalayan climbers. The ascent up Ama Dablam epitomizes climbing artistry at its highest level.

Like the Matterhorn in the Swiss Alps, Ama Dablam epitomizes all that is grand about the mountains. Its striking features have become a familiar figure to the public through its adoption as the logo of 'Perpetual', an international assurance company, and numerous posters and books throughout the world. Such impressive beauty has made Ama Dablam a highly coveted prize for climbers. Since its first ascent in 1961 by an Anglo-American-New Zealand team, it has been climbed frequently and by many different routes.

The tour is On-Demand tour. 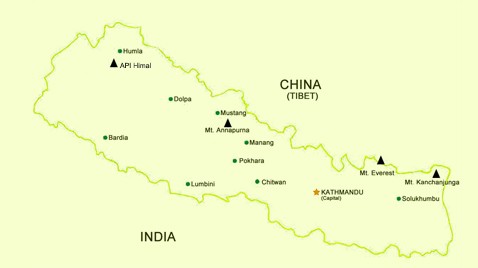 Highlights of the tour: 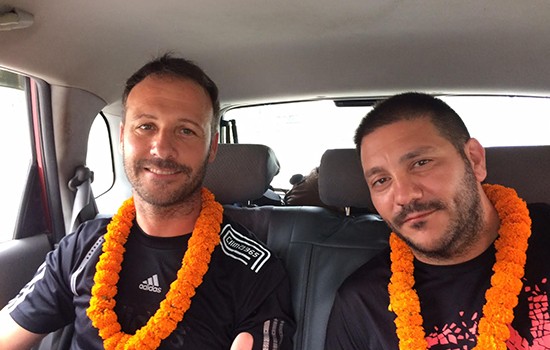 Arrival at Tribhuwan International Airport, Kathmandu. Traditional welcome by our airport representative. Your guide briefs about your further programme. Typical Nepali dinner served in the evening. 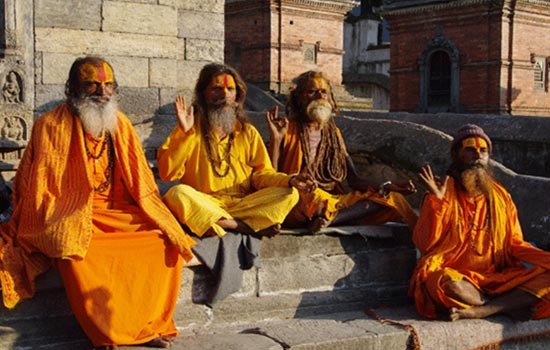 You will be taken for sightseeing of Kathmandu Valley to explore the vibrant city after breakfast at your hotel. Drive to famous Buddhist Stupa Swayambunath, also known as Monkey temple, on the hill of Kathmandu Valley where you can see stunning view of mountains and Kathmandu valley. This temple attracts Buddhists and tourists from around the world. Swayambhunath Stupa is the most ancient and enigmatic of all the holy shrines in Kathmandu valley. Its lofty white dome and glittering golden spire are visible from far and wide. Next is Pashupatinath, the temple of Lord Shiva. This is probably the most famous temple for Hindu in Indian Sub-continent. There is crematorium beside the temple where dead bodies are burnt to ashes. After exploring  Pashupatinath you will visit fascinating sights of Patan Durbar Square, one of the most glorious examples of traditional Nepalese architecture, full of centuries old temples and palaces.

You will take stunning flight to Lukla from Kathmandu. You will meet with the trekking crew upon arrival. Following a short tea break you will trek northwards up to the valley of Dudhkoshi. Descend from the small plateau into the forested valley. The trek is very easy and short today. However, the difference in altitude, in comparison with Kathmandu, can make you feel a bit difficult. After lunch you trek north towards Phakding. The trail crosses several streams and you finally reach to Phakding (2650m). You will spend your first night in this settlement from where you will have tantalizing views.

Hike to Namche Bazaar through farmland and settlements. You will follow the Dudh Kosi northwards. This day's walk takes you through magnificent forests of rhododendron, giant fir and magnolia trees. You will cross the west fork of the river, the Bhote Kosi, and start the steep climb to Namche bazaar. Namche is the largest Sherpa village which is called as Gateway to Mount Everest. Namche is a prosperous Sherpa village and an important trading center as well. Locals from various villages gather during the weekly bazaar and sell fresh foodstuffs.

Today is the day for acclimatize. Make yourself physically and mentally fit for the further journey that will help you for the trekking. Guide shall provide training on peak climbing techniques and the proper ways of using climbing gears such as the ice axe, climbing boots and crampons, harness, ascender, etc. In evening if you want explore the surroundings of Namche or take a book and rest in hotel. Overnight in Namche. 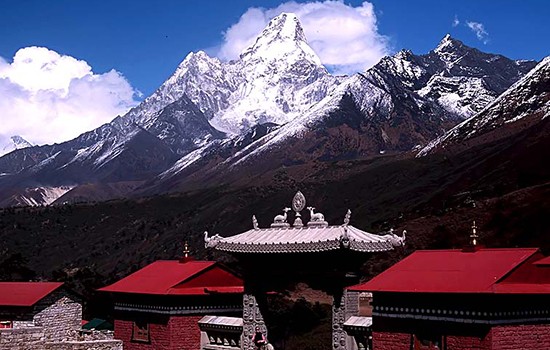 The route from Namche to Tengboche is unbelievably beautiful – the Dudh Koshi is far below and Thamserku, Kantega, Ama Dablam, Lhotse, and Everest rise in the front. This lovely walk is full of woods, rhododendron forests, mani walls, chorten (stupas), and suspension bridges across the river. 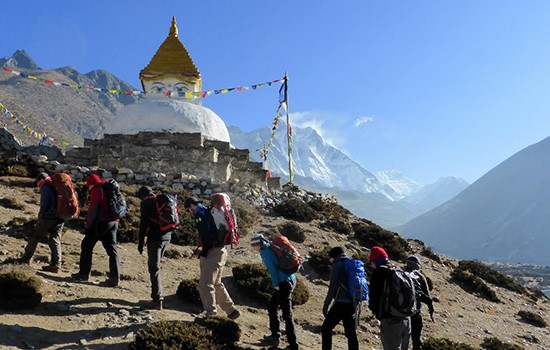 After breakfast visit the beautiful Tengboche Monastery. Hear the story of Yeti from Lama and if possible see the praying. After this descend to a lodge in Dingbuche. After lunch trek to Dingboche. The trek is very beautiful. It is one of the most beautiful valley walks in the earth. 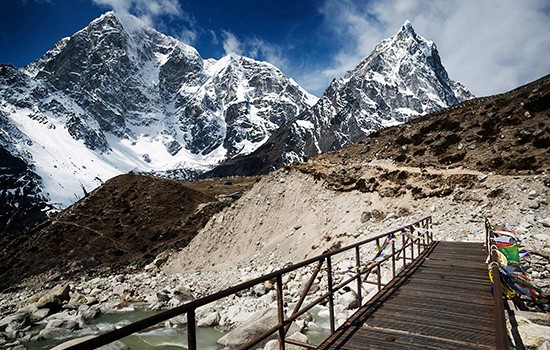 Today is the day for acclimatize. Make yourself physically and mentally fit for the further journey that will help you for the trekking. Guide shall provide training on peak climbing techniques and the proper ways of using climbing gears such as the ice axe, climbing boots and crampons, harness, ascender, etc. In evening if you want explore the surroundings or take a book and rest in hotel. Overnight in Dingboche.

Today after hot breakfast you trek back down the trail to the bridge at Pangboche and cross the Dudh Kosi before climbing up the far side of the river and following the trail and ridgeline up to the base camp. Base camp is located in an idyllic spot from which the majority of the route is visible. At an altitude of about 4600m (15,000ft), it provides a comfortable escape from the rigors of the climb. Our porters deposit their loads and leave here for the next three weeks. Overnight at tented camp.

Day 10: Acclimatization day at Base Camp

Today is another day for acclimatization. Make yourself physically and mentally fit for the further journey that will help you for the trekking. Guide shall provide training on peak climbing techniques and the proper ways of using climbing gears such as the ice axe, climbing boots and crampons, harness, ascender, etc. In evening if you want, explore the surroundings. Overnight at base camp.

We do not provide a day to day itinerary for the climbing period, as this will be determined by the expedition leader and members. Guides will take a flexible approach based on what fits with climbers’ and their own experience. Firstly before climbing above the base camp, the team will spend a few days at the base camp preparing and organizing food, practicing rope skills, and acclimatizing. Then after move further up to Camp 1 at 5,700m (17,400 ft) along the standard route from the Ama Dablam Base Camp. Generally, one night is spent at Camp1 for acclimatization and before returning to the Base Camp for the final preparation to scale the summit. There are three camps above the base camp before reaching the summit. The ascent from Base Camp to Camp1 is technically challenging. From Camp 1, get ready and follow existing fixed lines and then establish new ropes wherever necessary both for ascent and descent. The climb from Camp 2 to Camp 3 is very challenging and adventurous comprised of mixed rock, snow and ice, which is loose in certain places. The climb from Camp 3 to the summit is relatively less technical. After summiting the peak, you return back to the base camp. 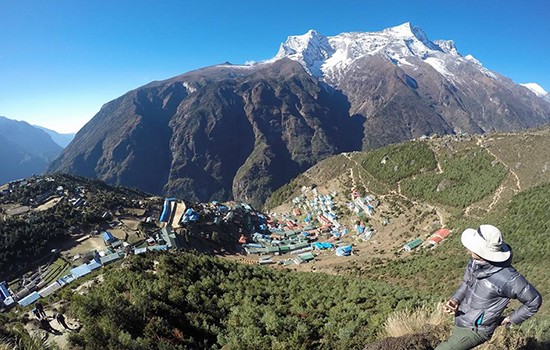 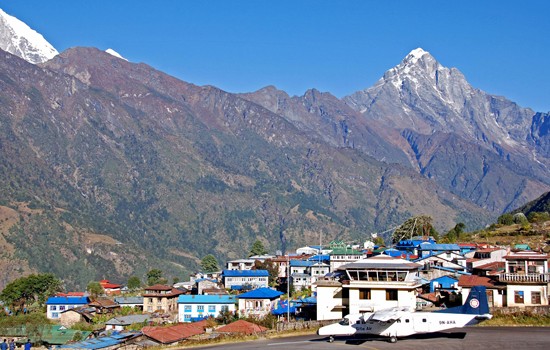 Hike down a steep trail to the Dudh Kosi and trek down. You’ll have a long and leisurely trek back to Lukla. Celebrate your trek at a local tea house and gaze back at the jagged peaks of the mountains you’ve just climbed. Bid adieu tonight to your trekking crew.

Fly from Lukla to Kathmandu. Enjoy panoramic mountain views and spend the rest of the day sightseeing, exploring, shopping or just relaxing in Kathmandu’s numerous cafés and roof-top restaurants.

It’s a leisure time in Kathmandu, where the rest of the day is free for shopping, sightseeing or relaxing. This is an extra day in case of bad weather. Free time to explore Kathmandu before setting for the airport. 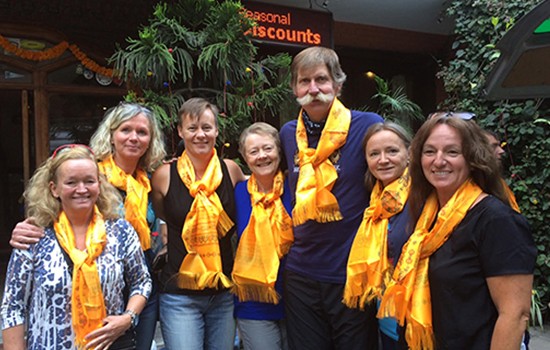 Your final day in Kathmandu is a free day. You do as you like. Many people take the time for shopping others enjoy exploring the cultural sites of the city. Our local guide can advise you on the best shops in the area. Farewells! Our airport representative will travel with you to the airport. 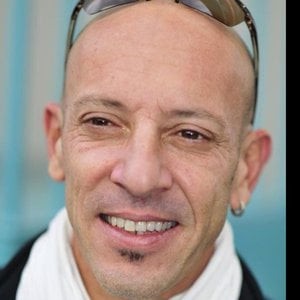 "Twenty years of outdoors work from the Himalaya to the oceans of the World have taught me the value of really efficient and reliable logistics. Trekking Team Group belongs right at the top of my list of companies I can work with - as a matter of fact, Trekking Team Group was my Nepalese homebase for many years and I hope I even somehow contributed to the quality of service they provide.

In short : great people in a great country!"

Know Before You Go 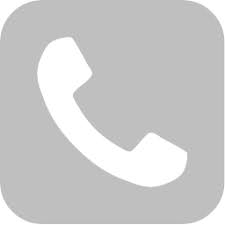 Talk to our Experts

This is ADVENTURE travel, and many of the trip destinations in this site are remote areas, within under developed countries, where events are less predictable than is usually the case in. The unexpected is the norm in these areas and, despite painstaking planning and organization, our adventure trips can never be taken for granted like regular trips. Many of the places that we visit do not have the same quality of emergency health and safety services that you are used to in the developed world. Internal flights can be canceled, road transport is generally uncomfortable and unreliable, and hotels often do not approach the standards of the West.

IF YOU ARE NOT PREPARED FOR THIS, YOU SHOULD NOT TRAVEL WITH US. This unpredictability also means that the itineraries that we put forward for each of our trips should be seen as statements of intent, rather than as contractual obligations. A variety of factors, including weather, transport difficulties and political instability, might dictate that we change any itinerary. The trip leader will make any changes that are necessary, after consultation with the group. Only rarely will such changes be significant, and we will always do everything within our powers to minimize the effects of the enforced changes. We cannot be held responsible for the results of changes or delays, irrespective of how they are caused.

What makes this trip different ?

Trekking Team Group is the major supporter of Ambe Foundation, an apolitical and not-for-profit organisation. We contribute our support for the development of some community schools in remote villages in Nuwakot district. We have been supporting Gramin Devi School and Khumbeshwori School, both community-based educational institutions, through donation, sponsorship and partnership in various projects.

Trekking Team Group donates one percentage of its total business profits to the foundation on yearly basis. The donated amount supports the ongoing maintenance of Gramin Devi School and Khumbeshwori School in Nuwakot.

One of the major activities of Ambe Foundation is the children sponsorship programme. It is conducted in full collaboration with Trekking Team Group. 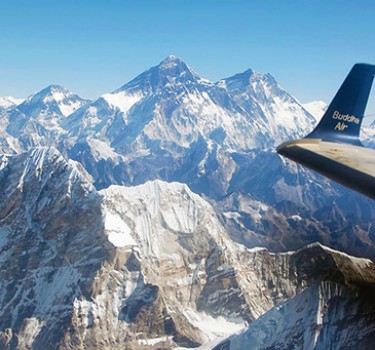 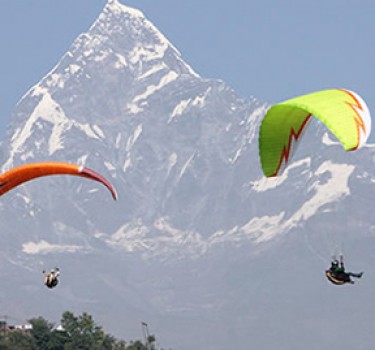 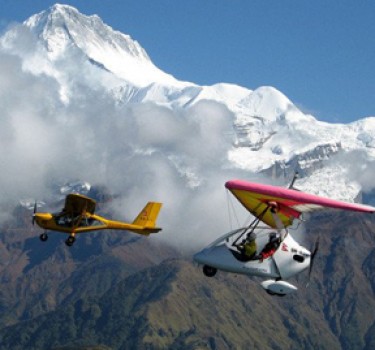 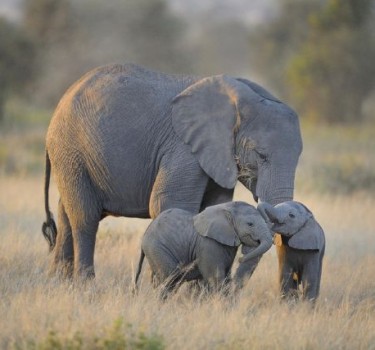