In 1978, 18 summits are ranging in between 5,587 and 6,654m have been opened officially to climbing parties under the appellation of trekking peaks. Later on more 15 newly peaks were opened so there are now 33 trekking peaks which are opened for climbing. Nevertheless, we prefer referring to them as
Smaller Himalayan Peaks, thus avoiding the misconception that these are peaks requiring no particular capacity other than good fitness. Although it is true that some peaks offer fairly easy routes and have been climbed by assisted parties with little mountaineering experience, most of them still require climbing experience, and some offer really challenging climbing, with routes in the tradition of the biggest alpine north faces, adding the high altitude as a complicating factor.

We can organize expeditions on any of the summits providing full camping support & mountain guides, who have been there and know the routes; however we have only listed some of the nice selected peaks for your convenience. 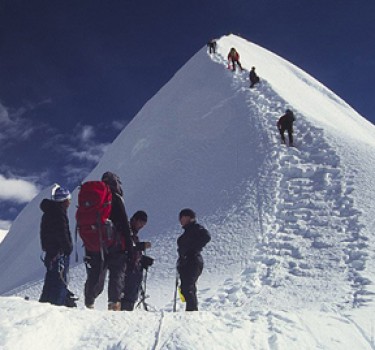 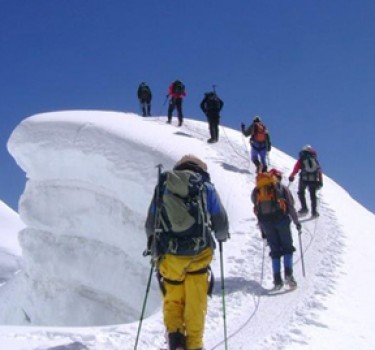 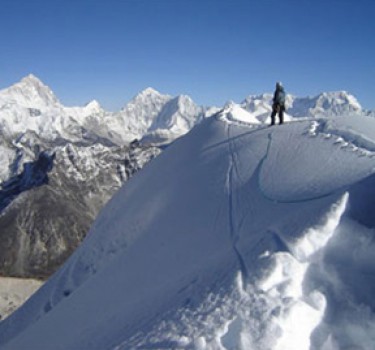 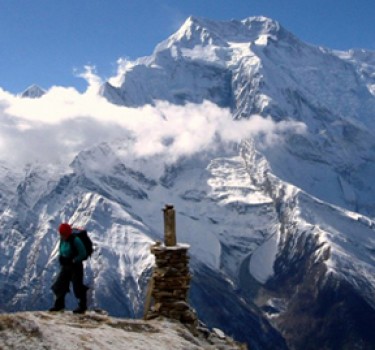