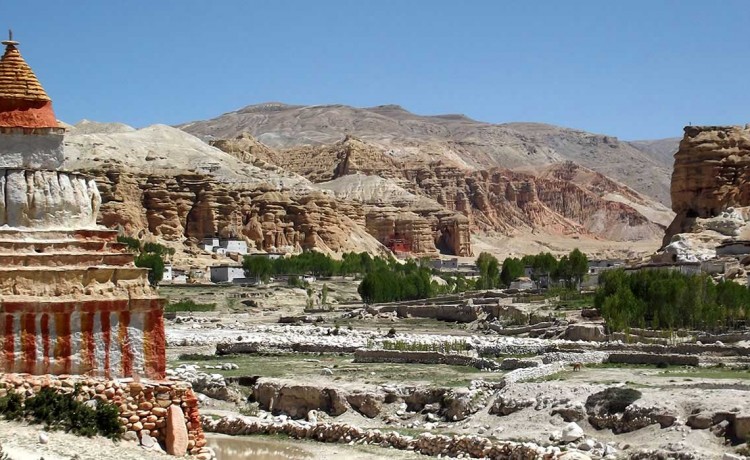 Rockey plateau, Golden terrain, and gorgeous Himalayan range dropped around the valley like a pretty pearl necklace; the magic of Mustang is beyond Comprehension. Mustang, the ancient kingdom of Lo Manthang and the restricted remote trans-Himalayan village of Nepal, is home for wonderful landscapes and colorful barren hills holding interesting myths. You can literally stand anywhere in Mustang and take a picture and you are bound to get a beautiful picture for yourself; that is the beauty of Mustang for you.

Geographically, Upper Mustang is the ideal place to observe Tibetan plateau and culture so, visiting Upper Mustang is like visiting Tibet. The trail is wide along the sandy riverbed filled with saligrams (fossilized shell).  This trek provides spectacular views of whitewashed settlements, ancient palace and the simple monasteries in the rain shadow of Dhaulagiri and Annapurna. You can travel over and get a chance to know the real lifestyle of Himalayan people who are not much in the touch with the rest of the world.

The journey to Mustang starts from Jomsom after taking a scenic flight from Pokhara. Landing on the airport in Jomsom will be the spectacular moment for you. As, Jomsom is popular for breathtaking Himalayan landscapes, Apple, and strong winds. A special trekking permit is required to travel further from Kagbeni and to visit Upper Mustang one must be accompanied by a government-appointed official. Then, the trail leads you to the hidden valley of the ancient Buddhist kingdom.

Mustang a whole different world on its own with very distinct landscape and culture compared to other regions of Nepal. Here we have listed Top 5 highlights of Mustang region:

Muktinath is a sacred place for both Hindus and Buddhists Pilgrims. Thousands of Hindu devotees from Nepal and India visit the Muktinath shrine every year. Jomsom- Muktinath trek offers a picturesque scenery. It is said the bathing in the waters from 108 cow’s head spigots here guarantees salvation after death. It is also famous for its cold springs, Vishnu temple, ancient fossils, and Jwalamai (Goddess of Fire) Temple and natural gas jets that provide Muktinath's famous eternal flame. 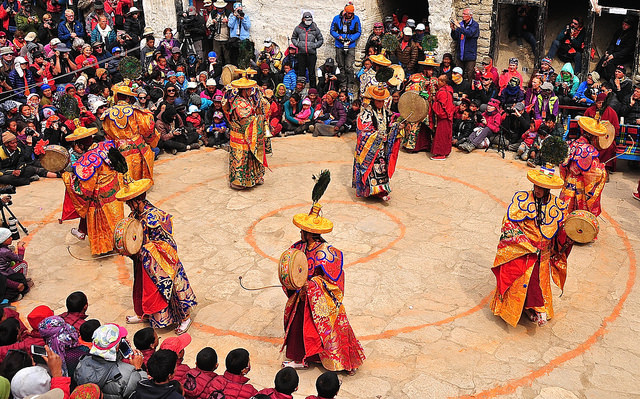 Some might wonder what is so special about Tiji festival and why it is the major attraction of upper Mustang. 'Tiji' the name is an abbreviation of the word “Tempa Chirim” which means “Prayer for World Peace”. Tiji is an interesting annual three-day festival which consists Tibetan rituals and there are different myths on why it is celebrated. There is the myth of a son who had to save the Mustang kingdom from destruction. Similarly, the victory of one of Lord Buddha’s incarnations over a demon that lived on human beings that tried to destroy the world with storms and drought. Anyway, the sole purpose of observing this celebration is to pray for the peace in the region and in the world.

It is a great occasion where Buddhist monks from Choedhe monastery of Lo Manthang organize and perform all the ritual dancing. This trek brings an exceptional and rare cultural experience along with incredible adventure trekking, that can make your trip a life-changing experience. Tiji festival falls after the second week of May every year in the iconic Lo Manthang. Let us know if you want to experience the Tiji Festival. 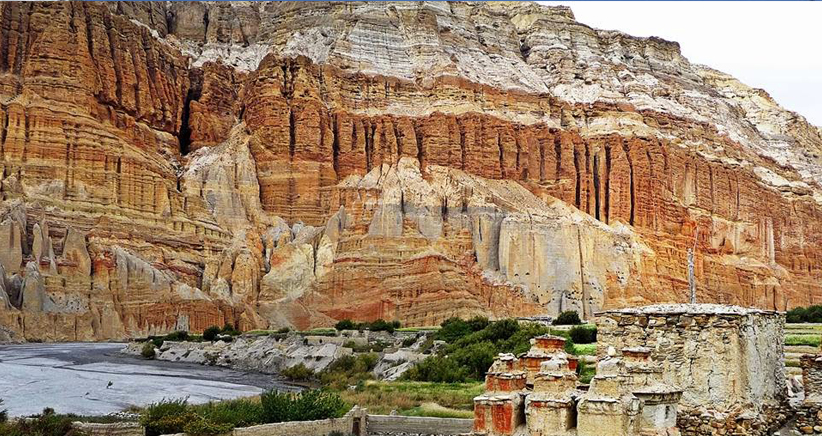 The Mysterious Sky Caves in Mustang is a collection of some 10,000 man-made caves dug into the sides of valleys. The caves lie on the steep valley walls near the Kali Gandaki River. There are numerous artifacts belonging like sculptures, Buddhist paintings and manuscripts inside the cave making it one of the world’s greatest archaeological mysteries. It is Located at the height of 155 ft from the ground, and are 2,000 years old. These old caves are covered in mystery regarding who built them and why were they built Or even how people climbed into them? 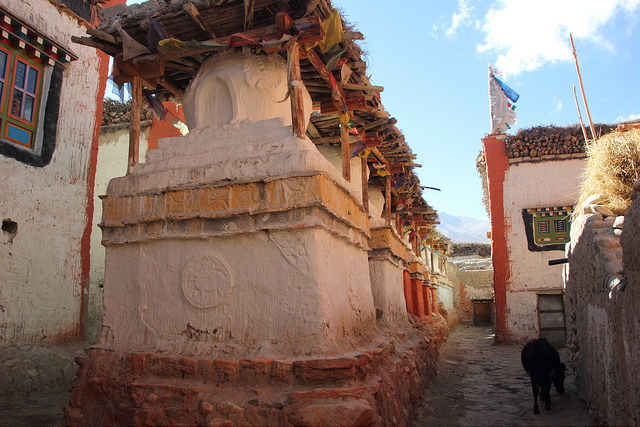 Lo Manthang is the capital of the Kingdom of Lo (Mustang), the town sparkling in the barren landscape. Entering into Lo Manthang through the town gate may seem like you enter a different world. Thought the king doesn’t have any power, he is still highly respected by his people. Also, you can see the palace of the king in Lo Manthang, a huge 4 story high building.

Besides, there are a few beautiful big monasteries; Thugchen Gompa which was built in the 15th century. Similarly one can visit the amchi museum and amchi school. Also, you will be able to see colorful villages and monasteries with a handful of natural and cultural heritage. 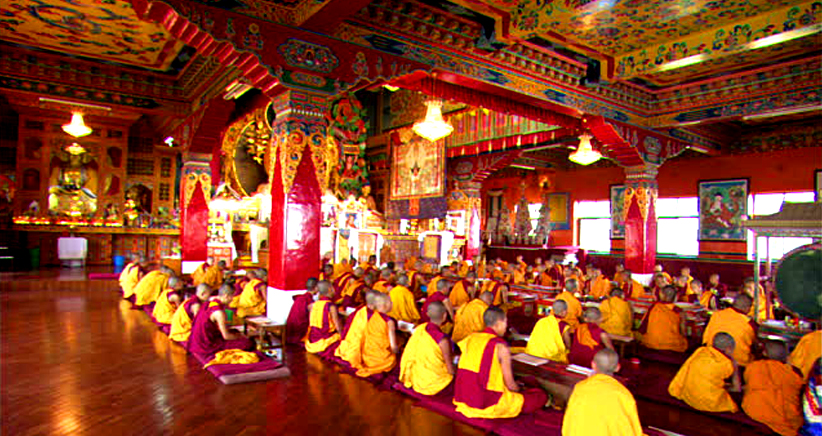 Spring (March to May) and Autumn (September to November) are the most recommended months for Mustang Trek. As it is located in the rain shadow part of the Himalaya, it can also be done during the monsoon season in Nepal of June and August. The decreasing level of Kali Gandaki river in spring enables you to take a vehicle to farther distances in the region so that it makes easy for you to trek.

Although the Mustang trek is possible during winter, the cold temperature and snow might not be suitable for everyone. Even the local people of Lo-Manthang leave the capital to avoid the frosty temperature and snow. You may also want to visit Mustang during the most celebrated festival "Tiji Festival". This is normally held in the third week of May but dates normally differ and it is decided by the Buddhist calendar.

Do you wanna get immersed into the rain- shadow region of Nepal? If you have any concern about Mustang Trek or hiring a professional experience local guide please do not hesitate to Contact us.